Can’t We All Be Keith Richards? 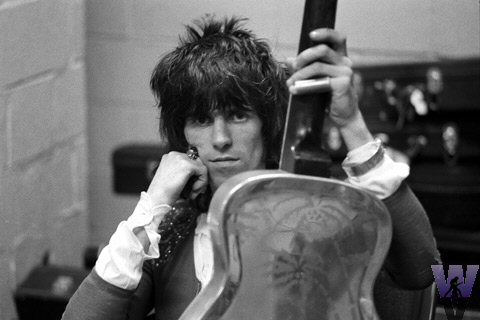 “I can’t get no satisfaction

-The Rolling Stones, I Can’t Get No Satisfaction

Raise your hands if you’ve ever felt like quitting.

Like maybe you were good… once. But whatever it was is gone.

I think we all get it.

Anyone who sets out to make art, anyone who’s existence feeds on creativity and the need to put themselves “out there” in the form of pictures, words, music, gets it.

Because sometimes being an artist/musician/writer/creator just sucks. It is walking around naked, baring your soul and serving it up for public consumption. It is wanting to have people respond and connect to it, yet wanting to crawl under a blanket of anonymity when they do.

And sometimes it is nothing. A parched and desolate landscape of empty thoughts and hollow ideas.

This is when it hurts the most. You twist and turn in frustration. You snarl at those who have the misfortune of being in your presence. You question your worth or your talent. You feel the stinging burn of tears as you allow those bastards known as Fear and Doubt, creep in to your mind. You worry that it’s all dried up, the well of creativity is empty.

Yet we keep doing it. We keep trying to do the thing we love.

But maybe… maybe we don’t have to continue this torturous cycle of elation, doubt, fear, despair. Maybe…  maybe we can all be like Keith Richards.

Yes. Keith Richards. He is one of the hardest working musicians and songwriters in rock history. He was known to practice for hours upon hours each day. He poured himself into writing melodies when the record company was demanding new hit singles every 12 weeks. Hard work. Putting in the hours. We’ve all heard that the key to any creative endeavor is exercising the muscle, showing up, doing the unglamorous work.

But there’s more to it than that. You see, Keith knew that inspiration could come at any moment, so he never travelled without his guitar and he slept with a tape recorder next to his bed. Maybe you’ve heard the story of Keith getting up in the middle of the night, picking up his guitar and playing a riff and mumbling something about “satisfaction.” He had no recollection of doing this, but the next morning he listened to hours of static until he got to the part with the seed for what would become the Rolling Stone’s biggest hit.

He wrote one of the world’s most famous guitar riffs in his sleep.

Effortless. Guided by the guitar gods. The mark of a true musical genius.

But what if it wasn’t genius or divine intervention?

What if it was simply that his mind was at rest and it was that stillness that allowed the creativity within him to come to the surface?

What if we could all do that?

What if we could all be Keith Richards?

What if we could all have the thing within us flow effortlessly and without the tug and pull that we engage in every day? What if we could tap into the reservoir of ideas that’s hidden beneath all of the noise? Beneath the hustle and the chaos and the alerts and pings and beckonings of life.

Because it’s there. We all have something that’s lying in wait. Waiting for a moment of quiet to peek it’s shy tender head through and be recognized. While you’re pounding away in frustration it is sitting patiently, waiting for you to take a breath and listen.

And this is the hardest thing to do. The desire to create something takes over logic and we drown it with our relentlessness.

Eventually we’re caught up in this frustrating place of toiling and sweating and trying and what we’re trying to get is just out of reach. Eventually we burn out.

But we don’t have to. Art doesn’t have to be suffering. Not if we respect it. Not if we nurture ourselves and nurture our art. But this, too, takes effort. We have to take time. We have to give ourselves a chance to listen to what’s beneath. Pause. Breathe. Watch a sunset. Watch a sunrise. Sit in silence. Take a walk. Go for a run. Sleep. Dream. Do whatever allows your mind to roam.

It’s no coincidence that inspiration often comes during the quiet moments. That while you’re standing naked in the shower, while you’re driving in your car with the windows rolled down, while you’re sweating in the yard under a warm sun, that these are the moments when you feel the ideas coming forward.

Find whatever gives your mind space to breath, and do it more. Whatever task or activity brings forth ideas that send you scurrying for a pen and paper? Do more of that. And if that’s not practical or possible on a regular basis? Then meditate. Just breathe and sit in stillness. The bottom line is the things that you’re trying to do, that you do not do for fame or fortune but simply for the fact that they sustain you and make you feel whole, you need to give them the courtesy of time and you need to open the door to allow them to come out.

You need to nurture them.

I want to sink into it and get lost in the flow. I’ve felt it. I’ve felt the elation as it happens effortlessly. That is what we keep chasing, isn’t it? The sweet spot of creativity and productivity.

It’s there. We can all tap into it if we pause. If we stop beating it up and treating it like an obedient dog that will come when beckoned.

If we take the time to take care of it. Take care of ourselves. We can see what is in there waiting to emerge.

So don’t give up. You’re not a fluke or a fraud. You have beauty and art within you. Kick fear and doubt’s ass to the curb.

Take care of yourself. Be gentle with your creative spirit. Allow it the oxygen it needs to grow and make itself known.

Let’s all be Keith Richards.

This is part of the 1000 Voices for Compassion project. This month’s them is “nurturing.” If you’d like to join, add you blog post to this link: