Dear Men, This Is Why We’re Tired 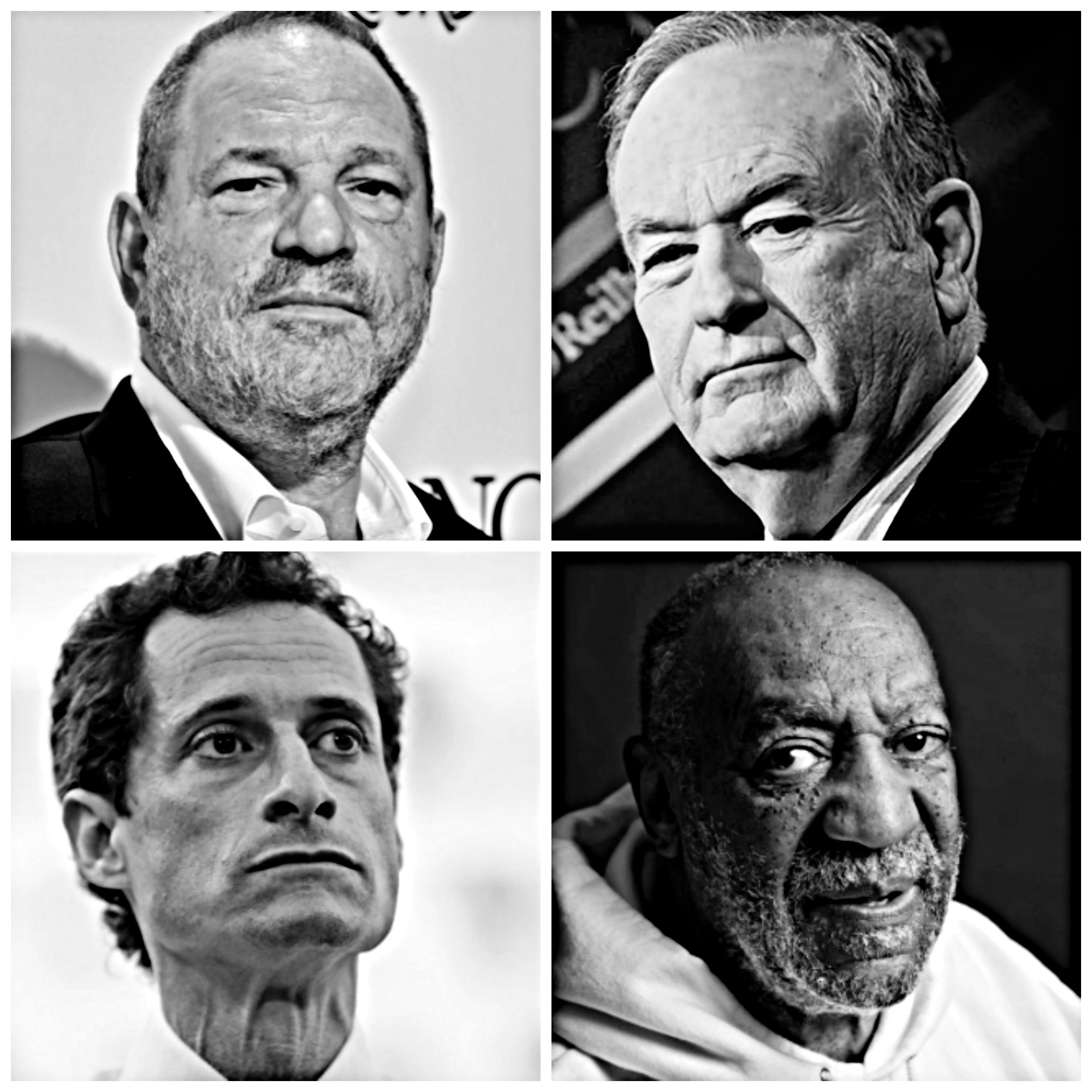 Emotional labor is unseen. It’s the energy women spend managing other’s feelings and emotions, making people comfortable, or living up to society’s expectations… the barrage of expectations we feel from the time we’re told to be nice and polite while boys are told not to cry. It’s a thing. It’s also a weight carried by some femmes and some men, especially if they’re the main caregiver in the family.

But this is not about that kind of emotional labor.

When I read Cara Delevigne’s account of her harassment at the hands of Harvey Weinstein, I felt every word. When I heard the recording of Ambra Battilana Gutierrez pleading with Harvey Weinstein to let her leave, I felt it in my bones.

In the words these women bravely shared with us, I heard everything they felt. The fear. The confusion. The disbelief. The shame. All of those feelings are a cocktail women are forced to swallow- all while reacting, deflecting, minimizing, and smiling because maybe you misunderstood his intentions, and fighting or plotting escape.

Most of us have sipped this putrid cocktail. Many of us have had it forced down our throats more times than we can even remember. My first time? I was three years old. My “Harvey Weinstein” was a sick young man of 18 who likely had his own trauma story. My young brain went into survival mode and I lived with it like an ugly stain I chose not to look at.

What I experienced at three years old was traumatic. The things I experienced as a teen and a young woman weren’t traumatic. They were your average, run of the mill, everyday sexist things. Some small, some not so small. Awkward moments of being treated like an object but not understanding what was happening. Infuriating infractions against my autonomy. Most of them weren’t scary, but they were all tinged with fear. And they are nearly universal experiences that girls and women go through. Average. Run of the mill. Because that’s how insidious this problem is. We’re used to it. Except, we’re really not and we really never will be.

Grabbing our body. Cornering us in a room or office or hallway. Making suggestive comments. Scanning our bodies while grinning sadistically. The kisses forced on us while we push away and clench our lips, our teeth ready to bite. The demeaning remarks. Belittling our intellect or experience or our right to be in the room. Talking to us like we’re children when we had to grow up at the age of 3 or 8 or 16… the assumption that we don’t know things when our knowledge of things unspoken would make your blood run cold. And still having to coddle your knowledge because we need our job, or our kid needs to play on your team, or we need our car fixed, or insert any fucking reason because I’m tired.

All of this is emotional labor. It’s the adding up of little things and placing them on the spectrum of bullshit that women go through at the hands of sick or entitled or clueless men. It’s reliving our experiences when a friend confides hers. Or when a plot line in a movie goes there. It’s watching the debate and feeling our body grow hot because we know what it’s like to have a man try to intimidate you by standing too close. It’s watching Billy Bush play wingman and fuming because we’ve seen that bro code play out like a bad movie on repeat.

It’s getting threats online. And every woman you know who blogs or is involved in activism online also gets threats. It’s the fact that your friends have a detailed protocol they follow when harassment and threats become serious, and they’ll share it with you like it’s their grandmother’s chocolate cake recipe.

It’s remembering that back in 2014 you read about journalist Amanda Hess and her online stalker. About how she had to carry her case files with her when she travelled because his threats followed her to every town she visited and she needed to be able to alert local police and show them proof BECAUSE OF COURSE SHE HAD TO SHOW THEM PROOF. And three years later not a damn thing’s changed because Twitter and Facebook are cool with rape and death threats. It’s realizing that all of this means that women are expendable and even well known and respected journalists get shrugs of indifference. All of this makes us feel some kind of way… Tired. Angry. Frustrated. Fed up.

It’s the emotional labor of feeling all these things every single time we watch a man help himself to one of us. The sisterhood of We’ve Had Enough Of This Shit.

It’s the drip drip of everyday sexism that is more on time than the trains and more relentless than Harvey Weinstein in a bath robe.

There’s nothing more paradoxically mundane and infuriating than someone who thinks he’s clever saying and doing the same thing you’ve been hearing since you were 3 or 8 or 16.

And it’s the guilt. The guilt for being there. For laughing. For not leaving sooner. For not fighting hard enough. For not actually biting his lip even though we were this close. And the guilt we find ourselves accepting from the men who take from us. Don’t embarrass me. C’mon, I’ve been so nice to you. Guilt because we’re conditioned to carry emotional labor for others and our inclination to people please supersedes our safety for a few minutes, and then more guilt because we know it’s sick to feel guilty for hurting our abuser’s feelings.

It’s when badass women write about their harassment, their abuse, their rape. The healing and strength you get from reading it. And knowing that every time they write about it there’s a sub-reddit forming around their words to discredit and threaten them. That her unburdening and words of healing will likely just heap more abuse on her own plate.

It’s the exhaustion of not being believed. Of knowing that even the good guys may not believe our experiences until it’s corroborated by at least a dozen other women. Or until Hannibal Buress includes it in his stand up act.

It’s the time we have to spend assuring men that we know they’re not all like this. Again. And feeling equal parts sad and angry that it will take a whole chorus of us to explain it because one woman’s words have never been enough and in these moments his feelings are more important than the shit we’ve lived with and the shit we’re still reeling from. We have to press pause to explain that we know it’s not all men. We have to hold off on what we’re trying to say about abuse and assault and sexism -that’s pretty fucking important by the way- to massage a man’s feelings. Again.

It’s the fact that when the Weinsteins of the world are exposed, we still have to moderate our tone and keep our emotions in check or we’ll be labelled with thefemale malady of hysteria.

It’s the deafening silence of every man who doesn’t call out another guy for the rape joke, or the office banter about the new girl, or the locker room talk. Because every time you laughed or didn’t call him out or didn’t step in to intervene you became an enabler. Your silence makes you complicit. Do better.

It’s seeing that things don’t change. That these stories echo the stories of your mom getting chased around her desk in 1977. And she couldn’t quit her job because the fridge was already empty and it wasn’t pay day yet so she would survive on cigarettes and adrenaline so you and your sister could eat. It’s seeing that in 40 years the only thing that’s changed is HR has to pretend to care.

It’s the relentless onslaught of dudes who feel compelled to comment on each story of abuse and trauma in unhelpful ways. Who love to muse that women should have spoken up sooner, or women should have prevented it, or women shouldn’t be victims. Who can’t seem to understand that their job is to Listen. Stay silent. Or go after the predators. And with every chin scratch and psuedo-intellectual analysis they are kicking dirt in the face of every woman who has been dealing with this shit since they were 3 or 8 or 16.

Some of the things that happen to us are inconveniences. But because they are so tied up in the big things and sometimes they are hints of the traumas we’ve collected, they register. Because they all live on the same spectrum of abusive behavior they aren’t easily dismissed. What your bro sees as a joke, is our memory of what we’ve experienced or what our friends have whispered to us. Our lives and the onslaught of bullshit we put up with is your punchline. Even the small things take up time and energy. They make us pause and assess. They make us document or take screenshots or vent in private conversations with our girl friends so we can not snap at the next man that crosses our path because we’re tired.

I’m tired of laboring under all of this.

I’m tired of watching women go through it over and over again. I’m tired of the memories that flood my mind every time a story breaks and the visceral reaction when I see men dismiss women’s experiences. I’m tired of trudging through this virulent sludge on the regular, while men act shocked every time they see a woman with dirty shoes.

This is the emotional labor that sticks to me and buries itself into my psyche. The labor that feels like it’s siphoned off by men like Cosby and Ailes and OReilly and Weiner and  Weinstein and names you’ve never heard of because this isn’t just a sickness of the rich and famous. This is a sickness of a culture that sees women as commodities. That sees us as punchlines. As unreliable witnesses to our own experiences. It’s the emotional toll of watching men shake their heads but say nothing. It’s the emotional work we have to do to not be bitter or angry or hardened. It’s the multitude of ways we are co-opted  by the society that encourages it, enables it and even glorifies it.

Men, if you’ve been wondering why we’re in your face about it, why we have no more tolerance for dismissals and deflections, no more sympathy for your shock or surprise, why we won’t soothe your dismay or feed your ego when our bodies have been slandered, this is why.

The Sisterhood Of We’re Tired Of This Shit