Five Rules For The Jackholes Trying To Ruin Halloween 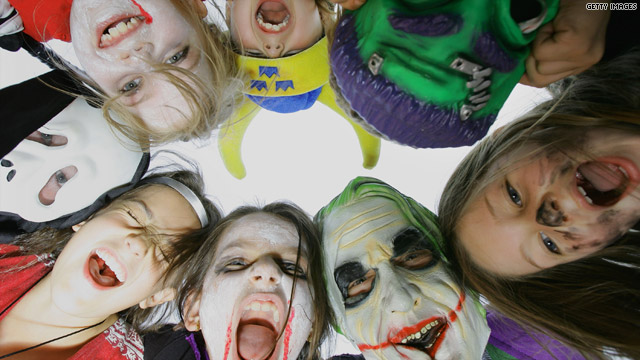 “All I wanna do is have some fun, I gotta feeling I’m not the only one”

-Sheryl Crow, All I Wanna Do

Can we not suck the fun out of Halloween?

Can we have one day? One day where it’s just about having fun and there are no guidelines or parameters or judgement or rules?

I’ve been hearing plenty of grumbling on both mainstream and social media. Things that annoy people about Halloween. “Rules” for trick or treating.

There’s been an abundance of people who seem to have a stick up their candy bowl.

They have been lamenting the kids who trample their grass, don’t ask politely for candy. The ones who take the candy and don’t say thank you. People who wonder at the wisdom of giving candy when more kids are overweight. Remember the lady who handed out fat shaming letters to trick or treaters? And there are people who think it’s their job to determine how old is too old for trick or treating.

As a public service and as a person who loves this holiday, I am going to share some thoughts.

1. Turn Off the Lights This one’s really simple, you don’t have to participate. You can turn off your porch light. In fact, if kids and their seeking of candy really bother you, I’m going to ask that you turn off your lights, close your blinds and go to bed because it sounds like you could really use a good night’s sleep.

2. This Ain’t No Disco. And It Ain’t No Country Club. And it’s not a dog and pony show. This is not an exhibition in which kids curtsy and look cute and act proper and display their good grooming and well-appointed manners. It’s not a test in ettiquete or in ANYTHING. Even the most well-disciplined well mannered kids will possibly- nay probably- forget a “Thank you” in their haste and excitement to run off to the next house. Don’t take it personally. Really, it’s not about you. They’re just excited, mkay?

3. You Can’t Guess No One’s Age So Don’t Even Try. Don’t be coy. You know what I’m talking about. The big kids. You know, the ones with a five o’clock shadow and awkward gangly limbs? They travel in packs. They mumble. They look at the ground when talking to you. They look like they might be too old for such childish antics. I’m going to try to appeal to your sympathies as someone who once went through this yourself. Please understand that the kid with the mustache might only be 13. The girl with the ample bosom may only be 12. Kids this age are impossible to identify by age. I dare you to go to any middle school or high school and try.

They are going through the most confusing and awkward period of adolescence. Their brains are sucked dry by the hormones that are running roughshod over their whole existence. They are uncomfortable in their own skin and they probably debated about even going trick or treating. They are at that stage where they still want to be a kid and have fun, but know it might not be cool. So don’t make them feel completely uncool by sneering or asking their age or refusing them candy. Even if they’re not dressed up. They may not have planned on going trick or treating. They may have had their friends knock on their door at the last minute pulling them out of the house. Let them have this. That kid that looks like he could be changing the oil on your car may be still watching Sponge Bob and cuddling on the couch with his parents. Don’t make him think he’s too old for any of it.

4. Kids From Other Neighborhoods ARE Allowed. I honestly can’t believe I have to even say this….

But we cannot segregate Halloween and trick or treating by class or by race or by neighborhood.

If you are bothered by “others” encroaching on your precious ‘hood, then I am going to politely point out that you might be an asshole.

And by this I mean that your head is so far up your McMansion that you may need to seek professional help.

I live in a neighborhood with sidewalks and houses close together. Around our ‘hood? It’s largely rural. We have carloads and vans that drop their kids off to trick or treat. From (gasp!) other neighborhoods. We have to buy insane amounts of candy to give out. I’ve heard grumbles from some. But those grumbles are drowned out by the rest of us. By most of us. You know, the ones having fun. The ones who don’t care where a kid is from. Those elitist whiners are muffled by the all of the houses that put on interactive displays in their front yards. By the neighbors that go to a lot of trouble and time and expense to put on haunted houses in their garages. By the parents that sit at the end of their driveway and chat with the adults passing by. Sometimes handing a cold one to a weary parent. By the people that want others to enjoy the holiday, no matter where they’re from. If all of this welcoming and camaraderie is disturbing to you, please see Rule # 1.

5. There Are No Rules. Yes. There are no rules. Other than the basic rules of conduct. Like no vandalism or stealing. Rules that don’t even need to be stated because they should be an intrinsic part of being a decent human being. Rules like don’t judge parents or kids based on where they’re from and if they belong on your doorstep. Rules like don’t be mean to a growing kid. Basic civility and decorum. Try it. Try having no expectations and just go with it. Have fun. Laugh with the kids. Laugh and chat with the adults. You may find yourself enjoying Halloween more than ever.

Me? I love Halloween. I’ll be painting my kids’ faces, helping them with their costumes. I’ll be managing a sleepover of 4 teen age boys who want to play video games and watch horror movies. And I’ll be scrambling to help them piece together last minute costumes when they decide to go out to “just a few houses.” I’ll be lecturing them about being respectful and letting the little ones go first. I’ll be holding my breath hoping that ALL of my kids, younger and older, listen to their Mama and do right.

I’ll be enjoying all of the adorable kids, younger and older, who end up on my doorstep. I’ll visit a few of the haunted houses in my ‘hood. At some point I’ll put a giant bowl of candy on my porch with a little sign asking the kids to take just two. And I’ll do this knowing that some kid’s going to dump the whole bowl in their bag. That’s ok. I’m not gonna sweat it.

I’ll be down at my neighbor’s. I heard they’re passing out cold ones.