Giving It Away For Free: Writing For The Huffington Post 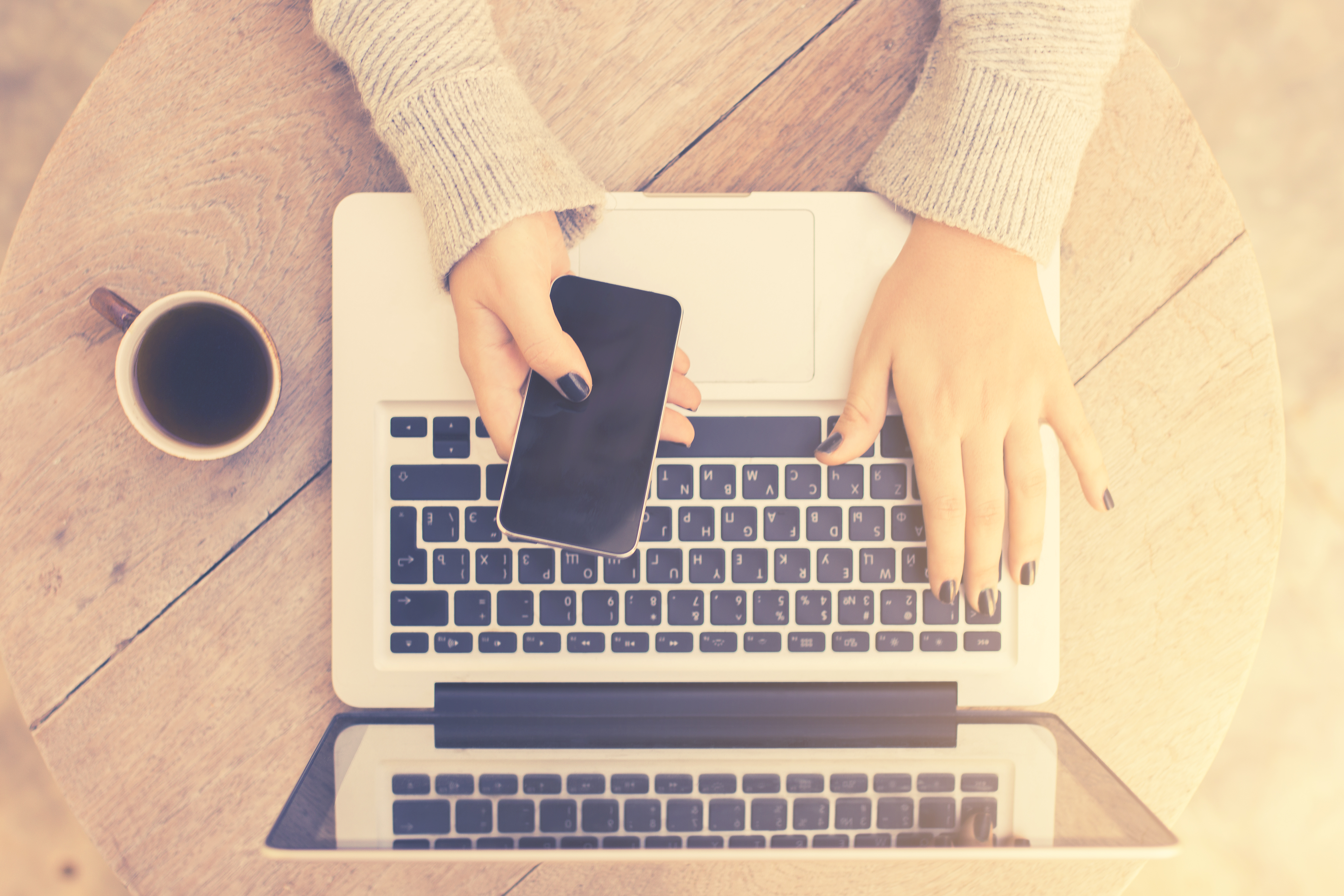 The drums are beating again.

The anger has swelled and keyboards are being pounded in condemnation.

It’s a fury that’s been simmering for a while. The Huffington Post is under fire for not paying for content, for not paying the bloggers whose words beef up their site. And people are pissed. This time their hackles have been raised by the Editor of the UK Huffington Post, Stephen Hull. In an interview he commented on being “proud of not paying for content” and then went on to say some epically stupid stuff about the integrity of writing being corrupted by payment, or some kind of nonsensical bullshit that I still can’t wrap my brain around.

I get why people are angry. His words were insulting and his reasoning absurd. Hell, I’m angry. This man took the very thing that feeds the machine that pays his “authentic” salary and flicked it off the bottom of his shoe like something he stepped in.

Angry blog posts ensued. You could almost hear the zip and zing of paper being ripped out of typewriters as these denunciations were fired off. They rightly took Hull to task. They thrashed his reasoning and his gall and had me raising my fist in the air in solidarity. Calls for all out war were screamed through key strokes. (You can read those posts here and here and here)

But my fist slowly dropped to my side as I continued to read.

Boycott The Huffington Post. Don’t read it. Don’t share it. Don’t support fellow writers who publish their work there.

I love a good fight. I will always be on the side of the underdog, the down trodden.

I am all for raging against the machine, but I won’t be lacing up my combat boots for this one.

This is not me bowing out. Nor am I taking up the cause for the Huffington Post. I don’t do their bidding. But this is not a situation of the unsuspecting innocents being manhandled by the cruel machinations of a huge corporate conglomerate.

No one is under any illusions that they will make any money or make a living by posting on HuffPost. Unless you’re one of their 200+ unionized employees (who do, in fact, get paid to write/edit/promote/distribute) you are not pulling in a paycheck. But guess what? You’re also not under a contract. You don’t have to show up. You don’t have to do anything. You don’t like the HuffPost model? Don’t send them your content.

I  happen to be one of those people. It works for me. I don’t write original material for HuffPost. I use it to syndicate my work. I only send them previously published blog posts. And I have yet to meet any blogging or media entities that pay for syndicated material. If I’m going to write an original blog post for money I have a list of sites that I can submit to. Huffington Post is not on that list. They are on another list.

Before you start telling me that exposure won’t pay the rent, a la Wil Wheaton, let me assure you that I know that. But I also don’t buy into the idea that exposure = selling out.

Let’s be real. If you’re writing beyond your own private diary, you need to be in the business of marketing. And marketing in all its forms is part of the deal. Let’s not play silly games pretending it’s not. Why else would we spend countless hours building our Twitter/FaceBook/Pinterest/GooglePlus/StumbleUpon followings? Because we’re all Social Media whores who are desperate for attention? Well, maybe. But mostly because we want people to read our words. None of us are here to shout into the abyss. We want views, clicks, comments, shares. We want exposure.

Yes. Exposure. It has value. Does it pay my bills? No. Maybe one day it will, but until then my bread is buttered elsewhere. I may not be filling my belly with that sought after exposure, but I am not starving because of it either.

Exposure. After a blog post of mine went viral, Huffington Post grabbed it and put it on their front page. Three months later I’m still getting steady traffic. And more eyes on a topic I care about.

Exposure was crucial for my friend who wrote about her daughters terminal illness. After being on HuffPost her FaceBook page swelled to over 10,000 likes. She was able to raise awareness and money for the devastating rare disease she and other families are fighting to fund a clinical trial for.

Exposure resulted in an invite for a fellow blogger to appear on The Jenny McCarthy Radio Show.

Exposure has resulted in bloggers being contacted by Agents and Publishers and regular paying writing jobs in some cases.

All of this was exposure from “free” non-paid writing that was published on Huffington Post.

But artists shouldn’t work for free, right? I’m not suggesting they should, unless they want to – and some people do art for the sake of art. Struggling artists all give their stuff away. It’s networking. It’s publicity.

An up and coming singer may do a free radio show. Clear Channel can probably afford to fork over some cash to the newcomer, but not too many wannabe pop stars are going to quibble over dollars if they can reach a massive audience in a one-off opportunity.

Photographers show their work in a gallery just to generate buzz.

Authors give away their books on Kindle for free to boost their Amazon rankings.

Bloggers do guest posts for exposure. All the time.

But…  you’re telling me that I shouldn’t do it on a site with 100 million readers because the corporate fat cats that run said site are fat? Because one of their editors spouted off some ridiculous dribble? I am not concerned one bit with their personalities or their wealth. I’m happy to take full advantage of the system. I’m grateful there’s a place that allows me to publish my posts with no concerns for whether it’s been published here, there or everywhere.

I’m looking at the long game. And for me that game involves writing for exposure, writing for money and ultimately building a strong portfolio that will get me to my ultimate goal of having my novel published. Or a steady writing gig with The Atlantic. Or both. I’m not picky.

You see, I have a plan. And I get a little testy when someone tries to tell me how to play it.

So these posts, these stormy words that are intended to galvanize us and demand our worth? I get it. I do. But syndicating a blog post to the largest digital platform in the world isn’t decreasing my stock value. And these people calling for a boycott? They are bad ass writers. They are the people that most of us look up to and learn from. And I know their aim is true and their passion fueled by camaraderie for the writing community as a whole. And I appreciate that. I have huge respect for them.

But don’t tell me what’s best for me.

Don’t tell me to forsake my place at the table, I don’t care how crowded it is. I worked to get to that table. I’m not giving up my seat just yet.

Don’t tell me that exposure is overrated when you have book deals. When you’ve made it in the publishing world. When you are a famous actor who’s fame garners you a heavy following. Don’t dismiss the value of a large platform when you’re yelling through a megaphone from your own lofty perch. You made it. I have immense respect for the ass busting it took to get where you are. But excuse me while I make my way.

Huffington Post may be using me by accepting my words on to their site. That’s fine by me. I’m using them too. There’s no sweat furrowing my brow. Not to copy and paste something I already toiled over.

And giving it away for free does not a harlot nor a victim make. I’m getting mine, getting it in SEO advantages, followers and readers.

All I’m saying to my fellow writers and bloggers, is you do you and I’ll do me. Your path to get to where you are wanting to go is yours to decide. I won’t judge you for it or try to tell you how to do it. I will applaud you, read you, support you. You see, I believe strongly in this community of writers. I have learned and grown from reading and in some cases knowing you. If you don’t want your words published on The Huffington Post, I respect that.

I’m just saying don’t try to burn down the house before you consider all those who are taking shelter.

And for those of you who are staring at a shelf of books with your name on them or drying the ink on your own book deal, those of you who’ve “made it”…  you guys are my heroes. You guys give me hope every day that I’ll one day deserve a seat at the cool table. And when I get there I’ll shake your hand and thank you for being an inspiration to a thirsty writer. When I get there, I’ll lend support to my fellow writers, both big and small.

Until then, I’ll be here. Pounding away on my own keyboard.