How Marriage Has Taught Me To Pick A Fight 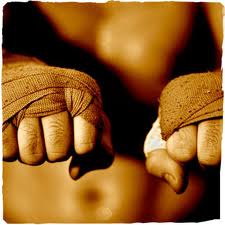 I met him in our college Spanish class. After admiring him from afar for the better part of a year, we fell into a heated relationship. I was crazy about him.  Our relationship was tumultuous. Until it wasn’t. Eventually the passion was gone.

We were living together, making a home and making plans. Three years together and talk of a future, but I knew it wasn’t working.

I tried to save us. For well over a year I tried. He was pleasantly apathetic.

Eventually I was done.

He called. He wrote. He begged me to give him another chance. He promised to make changes. Things I had pleaded for, he now promised to deliver.

That’s how it works. You try. You fight. You fight for your relationship.

Until you’re exhausted and tired from all of the effort. Until you realize you’re the only one putting in the effort.

It’s that cold realization that is the nail in the coffin of a relationship. The loneliness that comes with the scratching and clawing for love… and looking around and realizing that no one else is getting their hands dirty. The harsh loneliness of sharing space with someone.

That was a long time ago. Just after that relationship ended, I fell in love with my husband. I was gun-shy and not looking for romance. I tried to talk my way out of it. I told him I had fears. I told him that I needed more than he could give. I couldn’t live a life of complacency.

I told him that I get bored easily.

He promised our life would never be boring.

I told him I need passion. I needed fire.

He promised a lifetime of passion.

I told him I needed someone who wouldn’t give up easily.

He promised me he would fight for me. For us.

That was over 18 years ago. Three houses, three kids, three dogs ago. A lifetime ago.

It hasn’t always been easy. Sometimes it’s been the hardest thing I’ve ever done.

So what do you do with all of this?

You pick a fight.

You pick a fight with yourself. For yourself.

The fight you choose is the fight to become a better you. You trudge into the stagnant waters of long held pain and damage. You wade into the muck and you start cleaning it up. You fight through all the barriers and the defenses that we each cling to like a tattered blanket of comfort. You get dirty and you fight.

You fight through all of this because it’s the only fight you can really win. You can’t fight for him. It’s not about fixing him. If it was, there would be no break ups. There would be no divorce. The idea of fixing the person you love, of fighting his battles? That’s just a fantasy. His issues are his. They are borne of different things than yours. You can try to fix them but it will be fruitless. You can spin your wheels for a lifetime trying to fix someone else. Focusing on them and all of their stuff. This won’t get you far, I promise. It’s a twisted path to bitterness and disappointment.

But you can fight for you. You can work through all of your stuff. Recognize it. Deal with it. Learn from it. It may give you some peace and strength. It may stop the cycle of your stuff feeding his stuff and the chaos of emotions that tag along with that. It may give him enough room and space to see that something’s changed and that maybe, maybe he can start to work through his stuff too.

Regardless, you fight for you.

I picked this fight in recent years. It has been scary and hard and at times I’ve come close to giving up. But now I’m starting to see what comes after the fight. Some peace. Some healing. The burden of all of my stuff is much lighter and I feel more free. I am not so weighed down. I’m not as confused by my emotions. The other side of the fight with myself is a good place to be.

My husband has also picked his fight. He’s trekked into the depths of what burns deep inside of him. He’s never been one to be complacent or apathetic. Eighteen years and it’s never been boring. I’ve seen him refuse to give up and refuse to let me be the only one fighting.

I think back now, to that day years ago. The day I tearfully told the man I loved what I needed. What I thought was impossible for someone to give. The day I thought I should give up on love because my expectations were too high and unattainable.

He didn’t try to change my mind or my expectations.

He accepted the challenge and the needs of a naive young woman who thought she knew what she needed.

I never needed him to fight for us.

But he gave me things I didn’t know I needed. He did more than share space with me. He didn’t just sit and watch me fight my battles. He listened. He supported. He loved. And when I wanted to give up on my demons? He started fighting his. He showed me that vulnerability is the bravest place to be. He got his hands dirty with me. In fighting for himself he showed me just how much he loved me. The lengths he would go to to be better for us.

I didn’t need him to fight for us.

I needed him to wage his own fight.

I didn’t need him to fight for me.

I never needed him to fight for me.

I’m capable of doing that for myself.

I can fight my own battles.