Music And Words And Dilettante, Oh My

“All your life you’ve never seen
woman, taken by the wind
Would you stay if she promised you heaven?
Will you ever win?”

There are two things that get me so excited I can barely contain myself. Well, three, but this isn’t that kind of blog now is it? I’m talking about discovering new music and new books. Music and books are (almost) everything. Both can touch your soul, transport you, intoxicate you.

That’s why I’m so incredibly lucky to know Helena. Because Helena is words and music. She lives them, breathes them and (thank god) writes them. 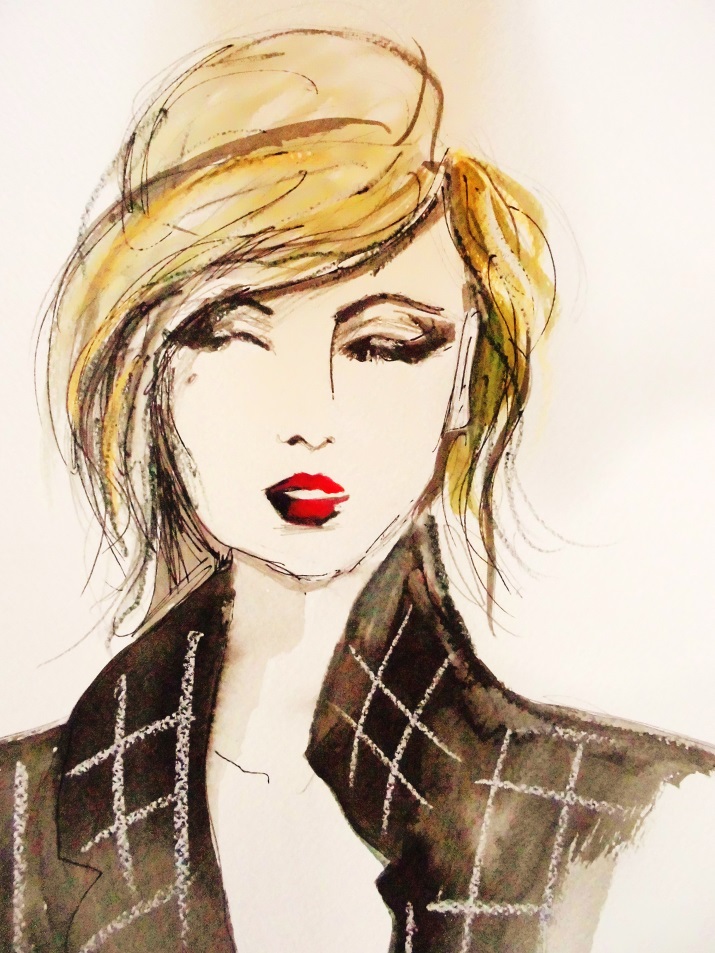 Yes, that Helena. Dilettante, author, music aficionado. Helena who introduced me to Jessica (who still haunts my darkest dreams), Helena who wrote the amazing Memoirs Of A Dilettante (which I gobbled up like a bag of white cheddar popcorn), Helena who is a virtual walking encyclopedia of music (good music that is- we’ve had wonderful Facebook chats where she’s introduced me to some kick ass music.)

Today Helena is announcing her forthcoming Memoirs Of A Dilettante, Volume Two. 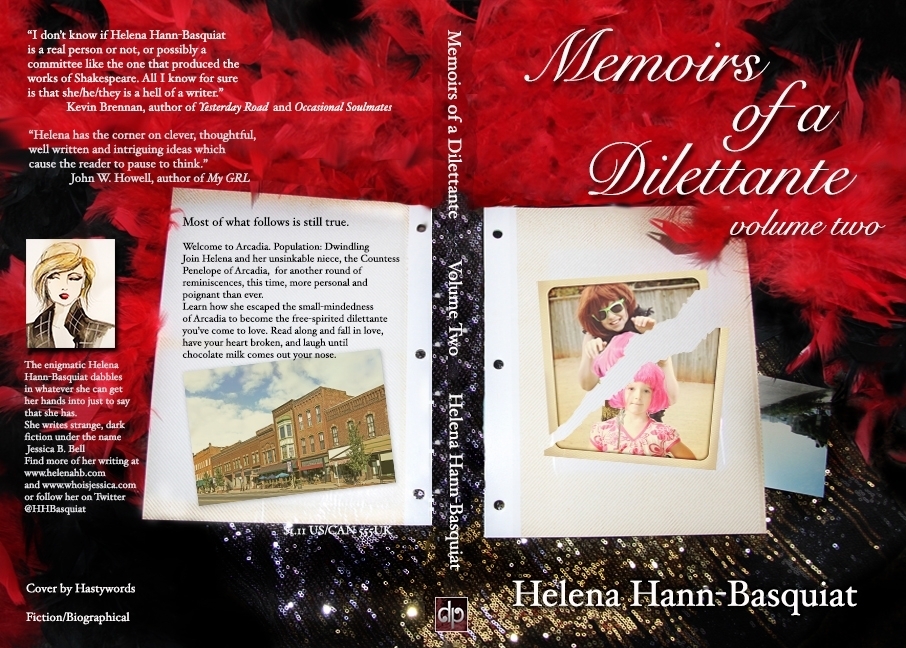 And to whet your appetite and hold you off ’til Spring, here’s a little somethin’ somethin’ about the book:

Memoirs of a Dilettante Volume Two is the second collection of reminiscences, following Helena Hann-Basquiat, a self-proclaimed dilettante who will try anything just to say that she has, and her twenty-something niece, who she has dubbed the Countess Penelope of Arcadia.

Speaking of Arcadia, this volume delves into Helena’s childhood, as she revisits what she calls the Arcadia of the mind — that place that keeps us trapped and holds us back from our potential. Some of her most personal stories are included here, interspersed with hilarious stories of misadventure. It’s not a novel, really, and it’s not a memoir, by the strictest definition. But most of what follows, as they say, is true. Sort of. Almost. From a certain point of view.

Discover Helena’s tales for the first time or all over again, with new notes and annotations for the culturally impaired — or for those who just need to know what the hell was going through her mind at the time!

Helena is going to be running a crowdfunding/pre-order campaign at Pubslush, a community focused solely on indie writers, and has set up a profile there to launch Memoirs of a Dilettante Volume Two.

For more information, and to follow the progress, Become a Fan at http://HelenaHB.pubslush.com

And in case you’re not yet familiar with Ms. Helena…

The enigmatic Helena Hann-Basquiat dabbles in whatever she can get her hands into just to say that she has.

She’s written cookbooks, ten volumes of horrible poetry that she then bound herself in leather she tanned poorly from cows she raised herself and then slaughtered because she was bored with farming.

She has an entire portfolio of macaroni art that she’s never shown anyone, because she doesn’t think that the general populous or, “the great unwashed masses” as she calls them, would understand the statement she was trying to make with them.

Some people attribute the invention of the Ampersand to her, but she has never made that claim herself.

In 2014, she published Memoirs of a Dilettante Volume One, several e-books which now make up Volume Two, as well as a multimedia collaborative piece of meta-fictional horror entitled JESSICA.

Memoirs of a Dilettante Volume One is available HERE in e-book for Kindle or HERE in paperback.

Find more of her writing at http://www.helenahb.com or http://whoisjessica.com or connect with her via Twitter @HHBasquiat.

Check it out, check her out (her blog, I mean) and let me know what you think! All praise and thanks may be left right here in Comments….