OMG, Time Magazine- You Are So Cray 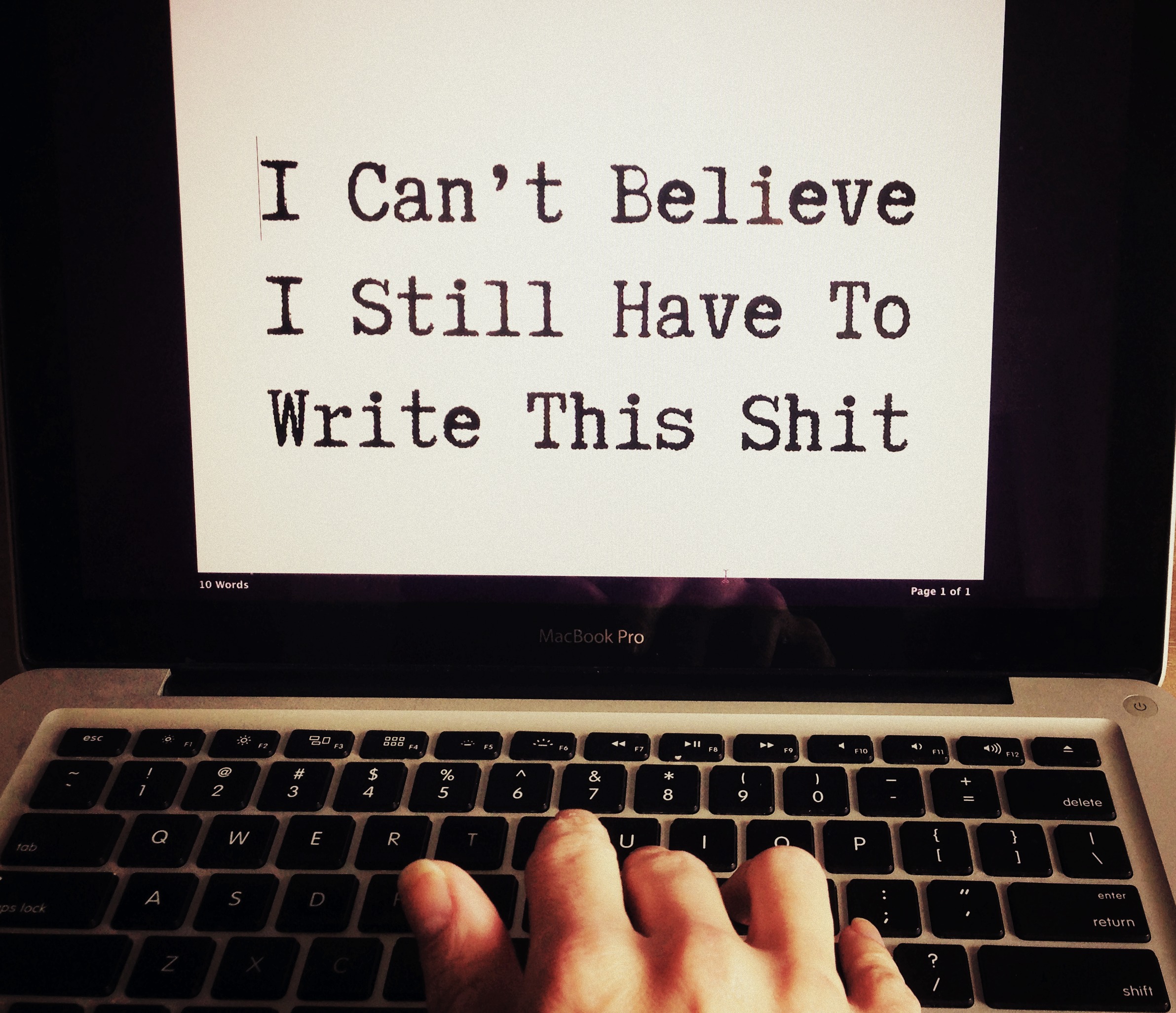 “Done, done, on to the next one

-Foo Fighers, All My Life

Oh, Time Mag. You’re like, literally, so smart. I read your annual word banishment poll yesterday and I can’t even…

I love your witty and oh so patronizing list you publish every year. You’re so hip and cutting edge. I wait with bated breath every year to hear what the bastion of cool-ness has to say about words that no respectable Chick Fil A manager would ever utter again. Like, ever.

‘Cept this year you kinda ‘effed up. This year you (spoiler alert) added FEMINIST to the list.

Imma quote you here “Let’s stick to the issues and quit throwing this label around like ticker tape at a Susan B. Anthony parade.” Aw, you’re using snarkiness. I do love me some snark. Except when it’s used as a tool for ignorant speak.

Quick history lesson: Susan B. Anthony was one bossy bitch. She was bad-ass. She didn’t shrink away from thoughts and ideas and labels that may have been considered unsavory by those who willingly trudged through the murk of ignorance and hate. She and countless other women fought for basic equal rights for women. Rights that we all apparently take for granted every time we eschew the Feminism label. Kind of important rights. Like the right to vote. The right for women to own land. The right to not be raped by their husbands. We’re talking 94 years ago this went down. Except for marital rape laws. Marital rape wasn’t considered a crime in all 50 states until 1993.

In the history of our country, we’re still in the adolescent years of women’s rights. Feminism isn’t fully grown yet. Feminism still has a lot of maturing to do. We still need equal pay. We still need to do something about the fact that women are objects for some men to use and abuse and objectify and discard and demean.

When will feminism be fully grown and not a “thing” anymore? When one in four college women aren’t raped or sexually assaulted. When 3 women don’t die each day at the vicious hands of domestic violence. When girls aren’t shamed for wearing leggings to school. When women in the gaming world don’t have to endure death threats and threats of rape. When women can go online without fear of being stalked and harassed to the point of having to flee their homes and the on-line world for safety. When nude photos of women aren’t gleefully shared and spread around like a copulating circle jerk.

When? When women around the world are no longer subjected to genital mutilation. When women aren’t victims of “honor killings.” When women don’t have to brandish baseball bats to go after abusers because police shrug off their reports of attacks. When girls aren’t punished or killed for trying to get an education.

When… when… when I can look at my daughters and know that they will have the same opportunities and rights and safe passage that my son will have. When I can tell my children that women and children around the world are treated as humans. When boys and men don’t have to subscribe to some ridiculous and oppressive notion of being “tough” and non-emotive and hyper-masculine.

So you see, Time Mag. We’ve got a long way to go. You may be annoyed that the Beyonce’s of the world are declaring their Feminist position. Maybe you don’t like all the Feminist women out there doing all the talking and tweeting and writing and stuff. I get it. Skeptical Baby memes are a lot more fun. They make you LOL. They don’t make you really think. ‘Cause, you know, all this Feminism stuff just makes you think about icky stuff instead of totes adorbs cat videos on YouTube.

But when you throw Feminist in this list along with trendy slang like bae and basic and obvi and YOLO you’re really showing your ass. Whether it’s a shameless attempt to garner page views or an authentic exasperation with all of the people out there who are claiming to support equality, it’s kinda pathetic.

Deep down, I think you know this. Deep down, you know that there’s still lots of work to do. Having fun with the “label” just isn’t cool, m’kay? That label has been Limbaughed and spun into a twisted meaning that was constructed to perpetuate over hyped and trumped up stereotypes. 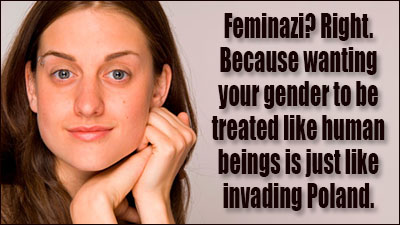 So hear this, and pay close attention. Every time you want to demean the word. Every time you suggest it’s non-relevance. Every time you play into this mindset you are reading from a script you didn’t even write. You are joining a chorus of ignorance and misogynistic oppression. Your inclusion of this word tells me that you have willfully and blindly gone the way of the sheep and bought into the misinformation and propaganda that has been slowly oozing it’s way through our culture over the last few decades. Like a bad smell, this has been wafting around enough that you don’t even notice it anymore or realize it’s noxious nature.

Feminism isn’t some foul thing that leaves a bad taste in your mouth.

That would be the bitter taste of lies and obfuscation.

Feminism is the basic fight for equal rights for women.

The right to vote.

The right to join the military and not be raped.

The right to not have your body exposed and recorded by some creep with a cell phone.

The right to go to college and not be sexually assaulted.