The Book Hangover: Order Of Seven 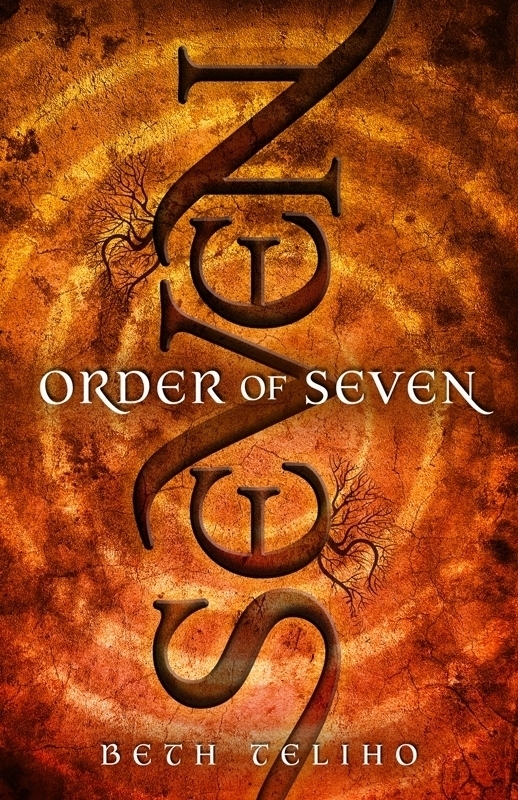 You know how you’re reading a book and the characters become real and you feel like you know them? And you get sucked into the story and time seems to stand still while you’re reading? And you find yourself choked up and holding back tears… and then your palms are sweating with nervous anticipation as your eyes scan each word hungrily? And you finish the book with a sigh. You’re on a little bit of a high. You’re spent, yet twitchy. Twitchy because you want more.

That is what happened to me when I finished Order Of Seven by Beth Teliho. And the coolest part? I got to interview her…

I don’t have a routine, but I probably need one. When I wrote Order of Seven, I wasn’t blogging or involved in any social media. Now? Writing is an entirely different animal. I have to force myself to stay away from Facebook, emails, and the blog until I’ve written for my second novel. This is so much harder than it sounds! So for now, my routine is constantly changing and evolving. Some days I fail miserably. Some days I rock out 2,500 words. Just depends.

What was the hardest part of writing the book?

The sheer tenacity it takes to muscle through to the end. You crawl and scrape through self-doubt, distractions out the wazoo, and days when you lack inspiration. It takes mule-like stubbornness and enormous belief in your story to make it happen. And then you have to edit it. << IN.SANE.

Do you work with structure or outline? Or do you wing it and go with the flow then organize after the fact?

I call myself a “burst writer”. I stew with an idea in my head for weeks or sometimes even months – I call this the percolation period – during which I scribble endless notes (in brand new notebooks because… office supplies) about characters, scenes, and details. I try to have the conflict and purpose worked out before writing, because without them you don’t have a story. Then BAM, I’m at the computer day and night until I have a beginning, middle, and end. It’s a hideous monstrosity at this point (the original draft of Oo7 was near double what it is now), but I have a story to whittle and shape.

Questions about the book, Order Of Seven:

What sparked your interest in the paranormal?

It’s always been fascinating to me. I’m the (weirdo) curled up on the couch on a Friday night watching Ancient Aliens, A Haunting, Ghost Hunters, Paranormal Children, Long Island Medium, etc. I love those shows. I’ve always been a little offended I wasn’t born with a paranormal gift.  I feel like I should have one. Can you do anything about that, Gretchen?

*author’s note* Beth, if I had the power to grant paranormal gifts, I would totally hook you up. Telekinesis? E.S.P.? What’s your flavor? Also, Ghost Hunters! I love that show.

How long was this story (or the idea of it) in your head before you started writing it?

Some of the characters from Oo7 were in my head for years before I began writing the novel. I still have a notebook from 2004 with the names Devi and Nodin scribbled in the margins. I didn’t write seriously until years (and two kids) later, but when I did, I began what was supposed to be a short story, but turned into what I’d started years earlier in that notebook. It amazes me to think how it’s come full circle.

This book feels very connected to nature and the spirituality of the natural world. What is the significance of nature to you and/or to this book.

EVERYTHING. It’s probably no surprise that this book is incredibly personal to me. Probably more so than any novel I’ll write in the future. I’ve been asked which character in Oo7 is me, and my answer is simply: all of them. I’m Devi, Joe, Nodin, Ben, Baron…these are all pieces of me, and woven through them and in the message of the book are my philosophies, doubts, fears, inspirations and hopes.

What’s the craziest thing you’ve ever done for love?

Use all my available credit to book an impromptu trip to Mexico. I was waitressing and had zero savings, but I was in love. I married him so I got my money back eventually. haha

Do you ever write naked? (This is for our dear friend Lizzi)

Only while texting Lizzi. Otherwise I have a strict dress code of cowboy boots and a tutu.

Tattoos. Do you have one? Do you plan on getting one (or more)?

I have three and plan on getting several more. It’s been two decades since I’ve been inked, but it’s high time I get back under the needle. I’ve been waiting for the right time and the right inspiration.

What is it with guys and tattoos that is so hot?

About Order Of Seven:

Eighteen-year-old Devi Bennett is surrounded by mysteries: her unknown heritage, a recurring dream about an African tribal ceremony, an inexplicable attachment to a certain tree and a psychic ability she’ll never understand—unless she finds her biological parents.

Things take a shocking turn when she meets Baron, an intense and alluring energy healer who receives prophetic dreams which all seem connected to her. Devi must rely on an empath, a seer, and Baron to help research her roots to discover who she is and what she is capable of. But when Baron’s visions lead to an ancient legend which may link to her birthright, Devi learns her gift is more imperative than she thought imaginable.

Equal parts suspenseful and sexy, philosophical and adventurous, Order of Seven delivers a story that will leave you questioning everything you thought you knew about the hands that carry fate. 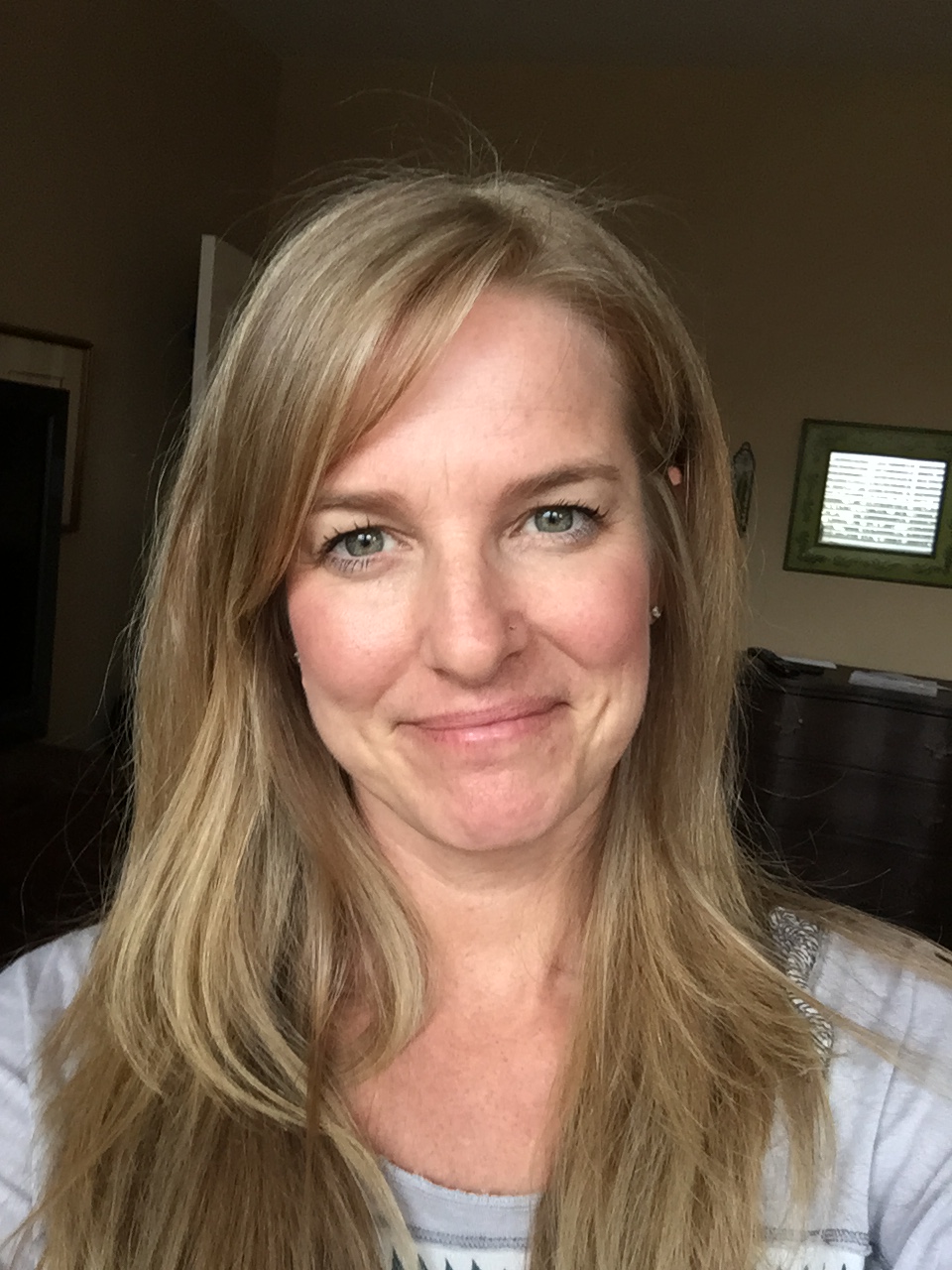 BETH TELIHO is a writer, artist and tree hugger who lives in Texas with her husband and two adventurous sons. Restless in the mundane, she writes about the abnormal, paranormal and otherwise fantastical because that’s what quickens her heartbeat. She laughs at inappropriate jokes, and prefers spicy food and margaritas to almost anything. One day, she hopes to live in a treehouse, where she can be an eccentric introvert with at least seven cats.

Isn’t Beth the coolest person ever? Are you dying to read this book? Do you think she should show us a picture of her in the tutu and cowboy boots? Talk to me!