An Open Letter To Donald Trump From Some Angry Women. 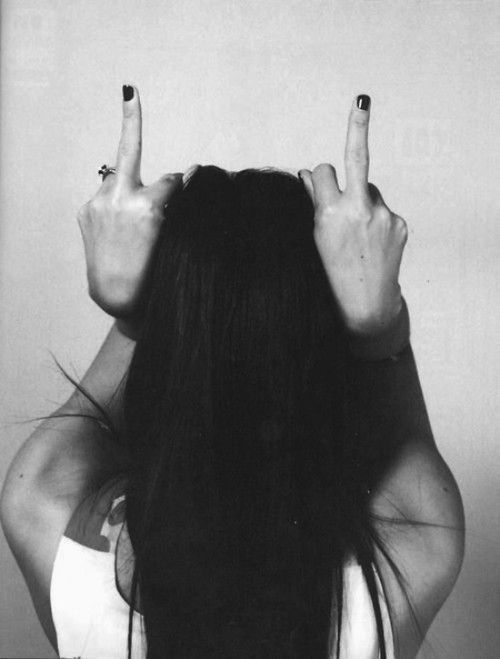 Dear Mr. Trump… can I call you Mr. Trump? Is that ok? I want you to be happy, that’s very important to me.

Before I get started, let me say this letter isn’t from all women. The Trumpettes surely won’t approve of this message. But this is from most women.

We see right through you. We have all known you at some point. Your ways are not unfamiliar to us. We see through you because we’ve been dealing with you our whole lives.

We heard you call women pigs. And disgusting. And stupid. And bimbos.

We watched as you called a former Ms. Universe “Ms. Piggy” and then spent four days continuing to insult her.

We see your weakness. Your lust for attention at any cost, your need to denigrate women. We see all of it. And we’re mad.

Yes. We’re mad. And fired up. And here’s the thing about us… we can be bitches.

Gone are the days where we question our power or our influence. We are strong. Smart. We know our worth and it doesn’t reside in the size of our bras or our skinny jeans. We build each other up. We have our sister’s backs. And our brother’s. So when you took on the former Ms. Universe, you took on all of us.

And right now you’ve got a lot of angry women to contend with. And let me remind you, Mr. Trump… hell hath no fury like a pissed off woman who’s tired of this sexist bullshit.

We heard you when you said we should  “look for another place to work” if we experience workplace sexual harassment. Your non-solution illustrates either your lack of understanding or lack of concern. Or both. Your attitude and ignorance on this is stunning. Your response, pathetic. We see you, and we see someone who’s in over their head.

We watched you interrupt a woman 51 times during a 90 minute debate. While the better qualified, more knowledgeable woman was talking, you attempted to bulldoze right over her. We all know this game. It’s called male privilege. And it doesn’t look good on you, Mr. Trump. It makes you look weak. We see you, and we see a man who is so threatened by a woman speaking that you can’t even bear to let her finish. Sad.

And we see it rampant throughout your campaign and your proposed policies. It’s in your paltry maternity leave proposal that leaves out fathers and LGBTQ and adoptive parents. And when you say that women who seek abortions should be punished. And when you refuse to consider supporting equal pay for women.

Your latest ad, in which your daughter, beaming with privilege and pride, says “being a mother is the most important job a woman can have.” didn’t go over so well with us, Mr. Trump.

We are different, us women. We are not a homogenous army of fem-bots. We have different interests, goals and lives. There is more to us than motherhood. Some of us revel in motherhood. Some of us don’t want to have children. And some of us can’t have children. Our status as mothers has nothing to do with our worth. This ad, coupled with your policies show that you are tone deaf to the reality that women face and point to an antiquated attitude. One that keeps women as the caregivers and leaves men out of that equation.

We see you. And we see a man who has no business representing our interests in the Oval Office.

We heard you say no one would vote for Carly Fiorina “because of her face.”

We remember you calling women “a beautiful piece of ass” in Esquire Magazine.

We watch you say one thing, then say the opposite. Then refuse to admit any of it happened. Problem is, we can spot gas lighting from a mile away.

We recall the bit about all women being gold diggers in your memoir.

We remember when you called a lawyer “disgusting” for requesting a break during a trial to breastfeed.

We roll our eyes when we saw you try to dismiss Megyn Kelly after she had the nerve to ask you questions. At a debate. “Blood coming out of her wherever” was not lost on us. Most of us remember hearing such comments in Middle School.

We are horrified when we learn that you sent a journalist a picture of herself with the word “Dog” scrawled across it.

We seethe with anger when we read your tweet blaming military sexual assault on the fact that women are in the military.

We haven’t forgotten your lurid tweet about Hillary Clinton not being able to “satisfy” her husband.

Not only do you not understand women, you seem to have an awful lot of contempt for them. This is not fitting for a man who wants to be President in the 21st Century.

Which leads me to this:

We know exactly what you meant when you branded yourself with this slogan. It’s not-so-coded language for a time gone by. Your “great” America wasn’t so great for women and minorities and gay people.

We won’t go back.

We won’t be relegated to the kitchen.

We won’t be locked into a life where we have no choice over our bodies or whether we have babies.

We won’t accept your patronizing response to sexual harassment.

We won’t be silenced or demeaned any more.

We won’t be ridiculed for our weight or judged by our appearance.

We won’t be shamed for owning our sexuality.

We have come a long way since your days of when America was “great.”

We have busted our asses to get here and we’re not going back.

We are raising strong daughters who fight back against sexist school dress codes.

We are shutting down catcalling.

We are no longer letting ourselves be interrupted and drowned out in the board room.

We are locking arms with our sisters in solidarity when rapists are given a slap on the wrist.

We are shouting about every day sexism.

We are calling you out, Mr. Trump.

We will not go quietly into any good night. We are loud. We are in your face. And we don’t put up with the kind of bullshit you’re selling.

So maybe this isn’t your time, Mr. Trump. Maybe your time has passed.

Maybe you would have been more suited to the early 1900’s when women did not yet have the right to vote.

When marital rape was still legal.

Or the 1950’s when women largely stayed home and produced children and McCarthyism and blacklisting were acceptable.

Or perhaps 1930’s Germany would have been a better fit for you.

But now? Now is not your time.

We’re moving forward. All of us, smart men and women, have had enough of the tired gender roles. We’ve had enough of you and other weak, fearful men trying to stop progress.

We see your sexism and your bigotry and your racism. We see right through you.

Remember. We can be bitches.

And bitches get shit done.