I Don’t Need To Respect Your Beliefs 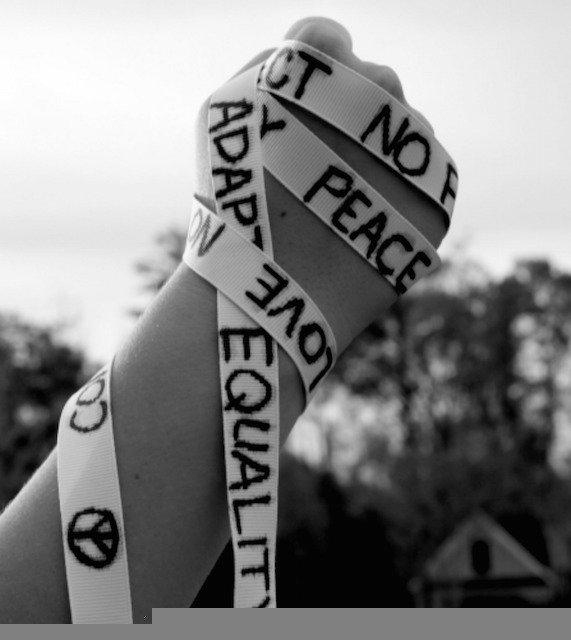 Right now everyone’s talking about beliefs. Beliefs that prompted the infamous Religious Freedom Act in Indiana last year, and last week’s Georgia’s Religious Freedom Bill and most recently North Carolina’s wide reaching and shocking HB 2, along with other similar initiatives that are peppering the country. Laws and bills aimed at limiting or taking away rights.

It’s supposedly all about beliefs. A conversation that has echoes of the not too distant past. Beliefs that are being recycled but not repurposed. A hand me down with historical context.

So much talk of beliefs. And we all know that talk is the cheapest currency.

All of this talk is treading on some sacred ground. Beliefs (especially the religious kind) are for most of us a taboo subject. We don’t discuss them, we don’t engage in debate about them. Just try to bring it up on FaceBook and watch the insults fly and the defriending begin. No, we prefer to leave others to their beliefs and quietly go about living our lives guided by our own.

Most of us, that is.

Others? Well, they like to scream their beliefs in the faces of those who dare stand up to bigotry. Spittle forming in their taut mouth as they spout their reasons for the taking away of rights from others.

Do we sit quietly out of politeness and deference to said beliefs?

I have been struggling with this. I don’t want to step on anyone’s faith or beliefs. It’s not my way. But this conversation needs to happen and it doesn’t have to turn into debates over beliefs.

I don’t care about your beliefs.

I don’t feel like your beliefs are any of my business.

I don’t feel the need to say that I respect your beliefs.

It’s not my place to evaluate or determine whether your beliefs are worthy of respect.

Because I don’t care about your beliefs.

I care about your actions.

I care about how you treat the people you come in contact with every day.

I care about how you treat people you may not agree with.

Your beliefs? Who am I to judge them? They are for you to wrestle with and to determine.

If you are my neighbor, my friend, my boss, my congressman? I don’t care if you’re Christian or Jewish or Muslim or Buddhist or Atheist. Your beliefs are not my business nor my concern.

Beliefs are something that may guide you to live life with integrity and compassion. Or beliefs can be something you can carry around in your back pocket and pull out at any moment to justify actions. The difference boils down to character.

I’m interested in the fairness and compassion and empathy you do or do not express to your brothers and sisters of all faiths, all sexes, all races, all sexual orientations.

If you have to justify your behavior with your beliefs? That I can’t respect. Your beliefs are inconsequential. Your actions are the mark of your character. Making excuses or justification is just a lazy way to explain bad behavior. To pat yourself on the back as you step on the backs of others. If that’s your standard operating procedure, then I don’t respect you.

If you are using beliefs to justify inequality? Then maybe you should check your beliefs. Because this is an old song and most of us are tired of hearing the tune. There was a time when beliefs were used as justification for unequal and in-humane and degrading treatment of black people in our country. Looking back I think we can all agree that it was a perversion of the beliefs that were held up as testimony. I think we can all agree that the beliefs that were co-opted and intertwined with vitriol were being abused and used as a cover for fear and hate.

Using beliefs to take away rights? Using beliefs to make a group of people less than? That’s ideology cloaked in fear and hate’s clothing. And it has the faint smell of disingenuousness. Don’t hide behind the safe and untouchable veil of your beliefs. Own your actions. Don’t pass the buck or the blame on to something you claim you hold sacred.

Here’s a little of what I believe.

No prerequisites. No conditions. No parameters.

I believe that compassion and caring and empathy for people who are not like you is one of the most important elements of our character.

I believe that actions speak louder than beliefs.

It’s really not that complicated.

I believe the loving people in this world far outnumber the fearful and hateful people.

I think most of us want to live peacefully and harmoniously with our brothers and sisters who are just trying to make it in this harsh world.

I do not buy into the politicization of beliefs. The co-opting and the twisting of ideals. The cult of fear and judgement.

If you look upon everyone who is different from you with contempt and fear and condemnation? Then you are going to be spending a lot more time in a dark place my friend. Because our world is becoming smaller. We are connected and exposed in ways never before possible. Thanks to our digital age, we hear from and see and meet people from all over.

Along with this connectedness comes lots of new. New ideas, new lifestyles, new perspectives, new experiences. There’s no turning back from the world we now inhabit, one that is becoming increasingly… one. So maybe now is a good time to open our minds and open our hearts. To accept all the differences that come with living amongst other people.

Maybe you will find that your beliefs shouldn’t cause you to mistreat or discriminate.

Maybe you will come to the conclusion that no good ever comes from taking away rights.

Maybe you’ll see that it’s not even about your beliefs.

It’s about your actions.

Maybe you’ll realize that it’s time to leave beliefs out of the equation.

Maybe we’ll all be better off for it.

** Author’s Note: This is a post I wrote last year in response to Indiana’s Religious Freedom Law. I am re-posting it today given the recent legislative actions in Georgia and North Carolina. If you would like to make your voice heard, use the hashtag #WeAreNotThis on Twitter and Facebook (hashtags and social media have proven very effective in raising awareness and enacting change.) If you are still concerned about Transgender people using the same restroom as you, please read these articles and learn more about what the NC law entails and what it is to be transgender.